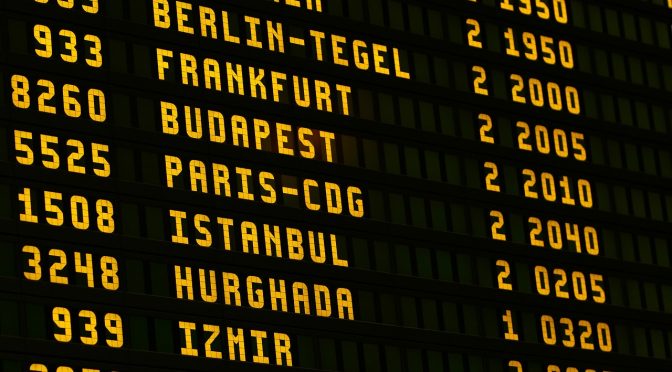 Canada is still considering whether to follow UK and US in their laptop and iPad carry on ban on airlines flying from Middle Eastern countries. The ban came into effect this past Saturday March 25th. This basically means you are now allowed to use your laptop during your flight. You can still use it at the airport but not take it with you with your carryon. You have to check the items in.

Airports that are now part of the ban are as follows.

US is now banning the following airports:

Examples of larger electronic items are:

Some business travelers are wondering what they will now do on those long 15+ hour flights. Books are so  last century. But it is not really about inconvenience you have also greater chance of your laptop or tablet getting stolen or broken in your checked in luggage. The best idea is to encrypt your laptop.

You can always try to book your flight to travel through Europe for example from Turkey and then onwards to the US. This way the ban would not apply to you. However be aware even on connecting flights through Canada – for example Dubai to Detroit and then on to Montreal – the ban will still applies.

Even if you are US or Canadian citizen the ban would still apply to you.

But do not fret, maybe it is time to catch up on in flight media entertainment and catch up on your John Grisham’s book reading.