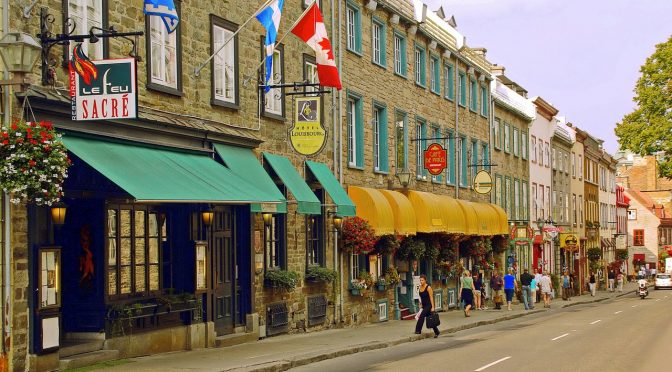 UPDATE: Due to high popularity of this article, we’ve got multiple requests on where we got this #s and if this is really true. Did Quebec really decide to increase their small business tax 50% like that? Unfortunately it is true as references by the following newspaper articles below (at the end of this article) about new taxation for small businesses in Quebec.

If you are a small business in the province of Quebec this year, prepare to pay more in taxes. How is that possible you say? We already pay the highest taxes in North America in Quebec. Well now the government is going after small businesses to collect more tax dollar.

If you are an incorporated business in Quebec with 3 or less employees, you will start paying provincial tax rate of 11.9% instead of small business tax rate of 8% as it is currently. This can add up to $10,000 in extra taxes if you are making $240,000 a year.

When you compare corporate small tax to Ontario for example, small corporations there no matter how many employees only pay 4.5% vs 11.9% in Quebec – accounting for $18,000 difference. So it does matter which province you incorporate your business in.

Province of Quebec came in dead last when it came to entrepreneurship rate of 9.6% comparing to 19% in Alberta.

The Quebec government have decided that this way they are “helping” small businesses to grow by encouraging them to hire more employees. This is the only province in Canada which decided to “help” small businesses this way.  Quebec is already the highest taxed province in North America, expect to pay $14,000 more (around 10% more) in personal taxes than neighbouring Ontario on income of $150,000. This change will of course not affect manufacturing sector as they were excluded from the change since their big unions were against it.

Alex Degrachev, an owner of a small tech business, Evolving Web, in Montreal, was completely taken aback when he learned about this change:

“Quebec government wants to “encourage small business growth” by increasing the income taxes on all companies with 1 or 2 employees by 50%. This is going to DISCOURAGE someone like me from starting a business in Canada.”

It is a mystery why instead of supporting very small businesses, Quebec decided to tax them the same as a big corporation with thousands of employees.

Maybe you think – it is only few percentage points why worry about it too much? Plus all those doctors and lawyers making millions they should pay their fair share, right? No – It does get worse.  The report from the Global Entrepreneurship Monitor, measured the levels of entrepreneurial across Canada over the last few years. What they did was they took # of working adults who are setting up their own business or do have businesses that pay salary and existed for 42 months or longer.  Province of Quebec came last, with an entrepreneurship rate of 9.6 per cent, compared to for example 19 per cent in the province of Alberta.

If you are thinking of incorporating, it would be wise to think incorporating outside of Quebec as you would be saving upwards of 4% on your taxes.

and Globe and Mail for our English speakers https://beta.theglobeandmail.com/report-on-business/small-business/sb-money/quebec-small-business-tax-hike-could-have-national-implications/article28699487/